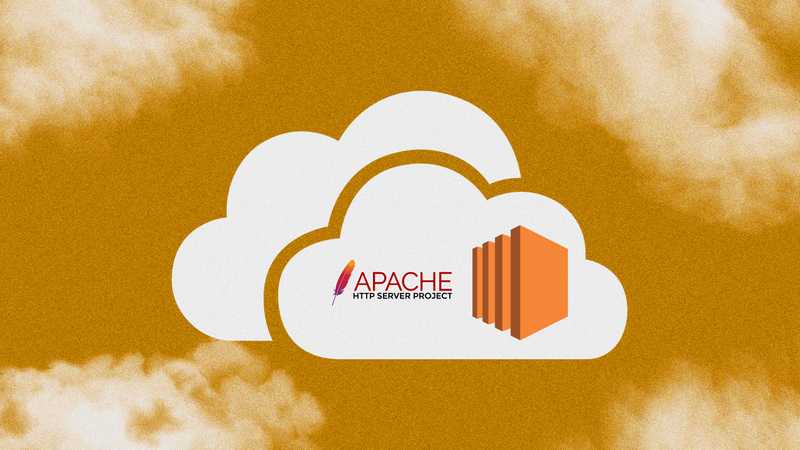 When we deal with instances inside an AWS VPC there’s a tool for securing and controlling our network. But what is an SG?

A security group acts as a virtual firewall for your instance to control inbound and outbound traffic.

This allows fine-grained security rules for traffic and communication in your private cloud instances and services.

For our instance, we will define an SG that will allow us to talk with our instance via SSH and allow both HTTP and Secure TLS (https) transport for accessing a web-server exposed in our instance.

Replace ingress on port 22 “allow ssh from my network” cidrblocks with your IP addresses, to allow access via SSH only from your IP._

First of all, we need to choose an AMI for launching new instances.

An Amazon Machine Image (AMI) is a special type of virtual appliance that is used to create a virtual machine within the Amazon Elastic Compute Cloud (“EC2”). It serves as the basic unit of deployment for services delivered using EC2

For our tutorial, we will use Amazon Linux 2 that provides an optimized system for running EC2 instances. Amazon Linux AMI’s comes with pre-installed AWS agents and CLI, and some supported third party packages from amazon-linux-extras. For most generic workflow it’s a good start point, but for some projects you might want to look at other AMI’s from both official listing and Marketplace.

From the AWS FAQ:

The Amazon Linux AMI is a supported and maintained Linux image provided by Amazon Web Services for use on Amazon Elastic Compute Cloud (Amazon EC2).

To find the correct ami, browse the EC2 listing and copy the AMI id.

Before getting into the instance definition we need to create a key pair for ssh into our instance to be referenced later on in terraform. Visit EC2 in AWS console and at key pairs, create a new one:

Choose the appropriate key for you, either openSSH or putty. If you’re on Windows 10, you can still use openSSH because it’s now available. (try use ssh command in your CMD or PowerShell).

Download the generated key pair to your local computer, we will use it later on.

Now let’s define our instance in our terraform file. We will create a t2.micro that is eligible for free tier. The instance will be associated to the public subnet publicSubnet1a we created earlier and attached to the Security Group defined above.

Make sure to reference your downloaded key name in the instance definition below.

For installing new packages and services on an AMI, we can use something called “User data”. User data are script that will be launched right after instance initialization and usually is where you programmatically define system dependencies, attach volumes or install required software packages.

Now we write our User data script where we will install php7.2 from amazon-linux-extras and httpd. We will also chmod /var/wwwand make ec2-user, the ec2 instance user, the owner of /var/www to allow writes. (default is root)

There are several way to add userdata to our terraform file. For simple stuff, you can just write a string and use <<EOF EOF syntax to write multi-line strings. Better, use a built-in function like file()

or creating a template data, where you can also pass environment variables to be marshalled.

To use template in your instance declaration, use the ‘rendered’ attribute.

Let’s test it out!

in your shell, run

Since we have associated an Elastic IP ( associate_public_ip_address = true), we can check the resulting ip address from the AWS console. (from console menu: EC2 -> Elastic IP)

If it’s all right you will see apache default page at the provisioned IP address directly from your browser: 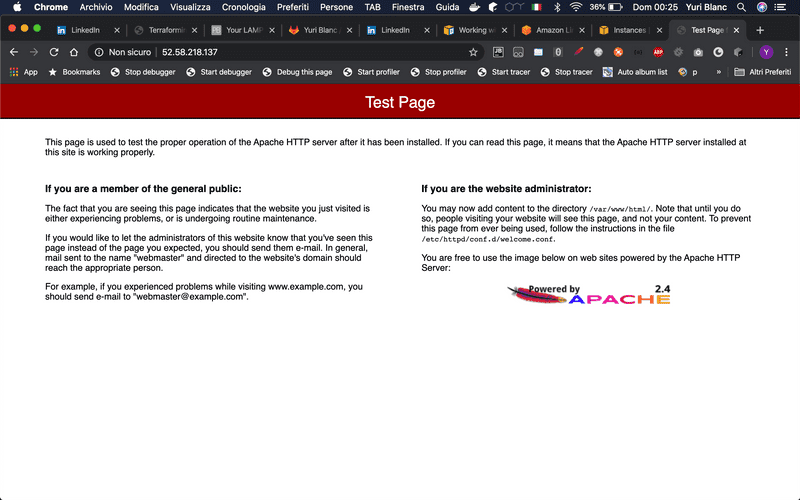 Of course your Elastic IP will be different, and if you don’t reserve one a new ip is provisioned by AWS for you at any new launch.

But wait, we also defined an SSH rule in our Security group.. How we do access our instances?

For accessing via SSH EC2 will require a key pair to be generated or imported.

In our EC2 instance configuration we referenced an existing key pair: ec2 tutorial 1, you should have created one from the aws console. To ssh into our instance:

Where keypair.pem is our key pair and xx.xx.xx.xx is the elastic IP associated with our instance.

If everything is ok, your shell output will looks like this:

When your’e done, you can teardown all the created stuff by using:

Keep in mind that:

The diagram above represents what we built so far.

In the next chapter, we will deploy a database instance (Mysql / Maria DB) inside our private subnet, and we will allow our Web-tier app to communicate with it. We will also configure a NAT instance to allow egress-only connectivity for our private instances.